India’s customers are becoming digitally savvy, making it critical for Indian banks to get back to basics of focusing on the user experience across their digital channels, else smaller, nimbler digital startups will likely take away a larger share of mobile transactions.

Indian banks are still struggling with basics on digital

According to FIS‘ PACE Pulse survey (2020) cited in PR Newswire, 68% of Indian consumers were using digital and mobile banking. The number of mobile banking users grew significantly with the emergence of e-commerce and fintech since the lockdown was imposed.

As a result, the banking regulators have also become sensitive to the stability, safety & security of mobile banking. In December 2020, HDFC bank was mandated by the RBI to temporarily stop its digital activities because of outages in internet banking and payment systems. It served as a notice for the other banking apps to improve and monitor the quality of their app infrastructure.  Similarly, data released by NPCI in November 2020, shows that more than 50% of the banks had a UPI technical failure rate exceeding 1%!

The Reserve Bank of India has explicitly stated its goal of developing efficient and secure payment and settlement systems with a focus on their greater penetration through the availability of user-friendly platforms at an affordable cost. In addition to this, protecting and securing the online engagements of the masses to the available applications is a prime concern of the regulator.

We used our proprietary experience-focused application testing platform to measure the user experience on commonly used banking applications in India, collecting the performance index of the largest government and three major private banks who have a mobile banking app- State Bank of India, Axis Bank, HDFC Bank, and ICICI Bank. Multiple tests were conducted on similar devices and under similar network conditions to reduce effects of device and network on final results. Focus was on testing intra bank transactions.

According to our research, Axis Bank delivers a better User Experience than its peers. ICICI Bank, HDFC and SBI deliver relatively similar performances with variations across KPIs on which app is better.

We measured three KPIs that leave a quick impression on a user’s perception of app performance. First, the Time to Log in was measured to provide a view on the time taken to load the landing page after entering the login credentials- such as the input in user name, password, and OTP. Second, the Time to Open Statement was measured to assess the time taken to view the statement after entering and confirming all of the required details. And lastly, Time to Transfer Money was recorded to compare the time taken to receive the success or failure message after confirming the required information on the transaction.

Graph 3 reveals that Axis Bank’s performance is 5x faster than HDFC’s Average Time to Transfer Money. On the other hand, SBI is below the KPI threshold of 2.72 seconds with an average time of 2.6 seconds. Both ICICI and HDFC have displayed poor performance in transaction performance.

How can Indian Banks improve?

Mobile banking apps are complex as they often have to integrate with large enterprise applications such as core banking systems, CRM, ERP systems, credit profiling etc. As a banking app developer, it thus becomes challenging to identify which backend system is affecting the performance of the app. Additionally, monitoring the performance of these backend systems is very crucial to understand the variations in the app performance.

Thus, app owners must get ahead of the curve and proactively monitor the app experience before customer’s start to complain of failures. Continuous testing and monitoring of app experience and performance should effectively become a core DNA of the digital office of such large banks. 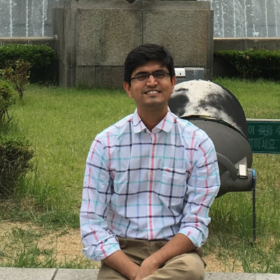 This website uses cookies to improve your experience while you navigate through the website. Out of these, the cookies that are categorized as necessary are stored on your browser as they are essential for the working of basic functionalities of the website. We also use third-party cookies that help us analyze and understand how you use this website. These cookies will be stored in your browser only with your consent. You also have the option to opt-out of these cookies. But opting out of some of these cookies may affect your browsing experience.
Necessary Always Enabled
Necessary cookies are absolutely essential for the website to function properly. These cookies ensure basic functionalities and security features of the website, anonymously.
Functional
Functional cookies help to perform certain functionalities like sharing the content of the website on social media platforms, collect feedbacks, and other third-party features.
Performance
Performance cookies are used to understand and analyze the key performance indexes of the website which helps in delivering a better user experience for the visitors.
Analytics
Analytical cookies are used to understand how visitors interact with the website. These cookies help provide information on metrics the number of visitors, bounce rate, traffic source, etc.
Advertisement
Advertisement cookies are used to provide visitors with relevant ads and marketing campaigns. These cookies track visitors across websites and collect information to provide customized ads.
Others
Other uncategorized cookies are those that are being analyzed and have not been classified into a category as yet.
SAVE & ACCEPT
×